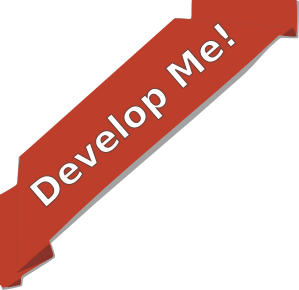 About Pony Mail and its Contributors¶

Pony Mail began as a response to two things; the lack of diversity in mailing list archives that are less bureaucratic all-or-nothing and more fluid way to interact with mailing lists than what is typically offered, and the lack of a performant system that solves this issue. Modern users of software want to jump right into a discussion they see, but cannot normally do so in a mailing list driven environment because of the rules generally surrounding said environment. Pony Mail, along with a select handful of newer archive systems, provides an interface that allows people to just hop into a thread, and take part. Without the need to subscribe, download the mbox archive, load it into your MTA, and respond.

As Rich writes in a very short essay:

You see a thread in which someone is WRONG ON THE INTERNET! You need to correct them. How do you do this today? You kinda don't. If you really wanted, you could download mbox files (and who the hell knows where they are?) and then try to get them into your mail client (which never works) and then reply to it. Which will break threading, because you did something wrong. Then you tear out your hair. PONY MAIL TO THE RESCUE!!! (sound of hoof beats)

One of the oft-heard complaints about Apache's development model is that mailing lists are an old person's tool, and web-based communication - forums - are the way to go in the 21st Century. Providing a full-featured forum-like interface to mailing lists is one goal,while keeping all of the enormous benefits that mailing lists already provide. Asecond goal is to provide the ability to "jump in" to a mailing list conversation - even one that was a while back, without the convolutions that a mailing list requires. That is, to join this conversation the old way, one would have had to subscribe to the mailing list, download an mbox, and import it into ones mail client, in order that I be able to reply to this message with correct threading. With Pony Mail, one has to do none of those things, but can simply reply using the Web UI. To us, this is a HUGE benefit for building community. The requirement to jump through hoops to join a mailing list conversation drives away a lot of people (at least, anecdotally, it does) and if we can remove that barrier I think we'll have an easier time of drawing a new generation into our projects.

We're a small bunch of people committed to making mailing list interaction as easy as possible.
Currently, we consist of (in alphabetical order):

Apache Pony Mail (Incubating) is an effort undergoing incubation at The Apache Software Foundation (ASF), sponsored by the Apache Incubator. Incubation is required of all newly accepted projects until a further review indicates that the infrastructure, communications, and decision making process have stabilized in a manner consistent with other successful ASF projects. While incubation status is not necessarily a reflection of the completeness or stability of the code, it does indicate that the project has yet to be fully endorsed by the ASF.